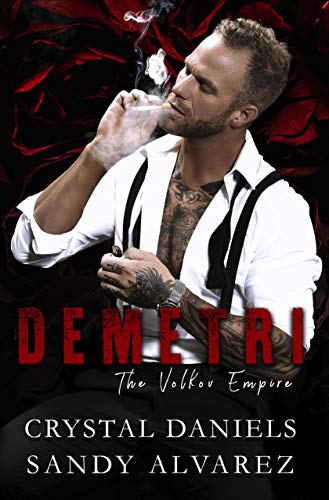 Demetri -
As the ruler of The Volkov Empire, Demetri has made many sacrifices for the sake of the family.
Those sacrifices meant nothing after uncovering his father's dark secrets and his ex-wife's lies, and betrayal.
Looking to rebuild what was taken from him, Demetri sets his sights on Montana, where his path collides with a feisty, headstrong woman who unintentionally ignites a spark he thought had been extinguished forever.
Glory -
Putting her life on hold, Glory dedicated two years to helping her best friend and Goddaughter escape the clutches of evil.
Now with the threat dead and her friend safe, Glory feels like she can finally move on with her life.
So, she thought.
With one day bleeding into the next Glory finds herself feeling lost and hollow inside.
Until Demetri Volkov enters her life again.
Demetri is King of the criminal underworld, and when Glory gets caught in a war between two Mafia Empires - taken and used by his enemies as leverage to get what they want; he does the only thing he can.
He kills.
Showing no mercy, and leaving a path of destruction, Demetri proves he will stop at nothing to get her back.
Category Hierarchy