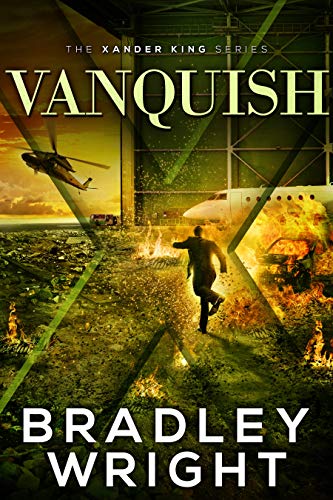 When former Special Operations legend, Xander King, moved his Vegas celebration to a yacht off the coast of the Virgin Islands, he was supposed to be taking some much needed time off. When he woke up in the hospital a week later, all he had time to do then...was run. It's bad enough that Russia's most feared assassin is after him. But it's the man who sent this deadly killer, and why he sent him, that has Xander desperately scrambling every resource at his disposal.

As if things aren't difficult enough, Xander has been forced to cooperate with the CIA, and mistrust begins to unravel his new team. With lies and betrayal burdening every decision, the pressure mounts to end the threat before the threat ends them. The pressure...Xander can handle. It's the shocking revelation of a jaw-dropping secret that finally brings him to his knees.

Injured, exhausted, and furious, with everything he has ever fought for now in question, the only thing left for him to do is fight. This time, however, Xander will have to overcome far more than just bullets if he hopes to vanquish this enemy.

If you enjoy Brad Thor, Vince Flynn, Daniel Silva, David Baldacci, Lee Child, Tom Clancy, Stuart Woods, Nelson DeMille, Ken Follett, James Patterson, L.T. Ryan, or Clive Cussler, my fans believe you'll have a blast reading my books as well.
I realize that life can be expensive, the kids/grandkids need to eat, the lights need to stay on, and the car doesn't run on hopes and dreams. I understand, because the same goes for me. And while I can't help you with those expenses, I can offer you hours of exciting escape for the price of your morning coffee.

Thank you for your consideration,