Price history for
The Lonely Hearts Hotel: A Novel 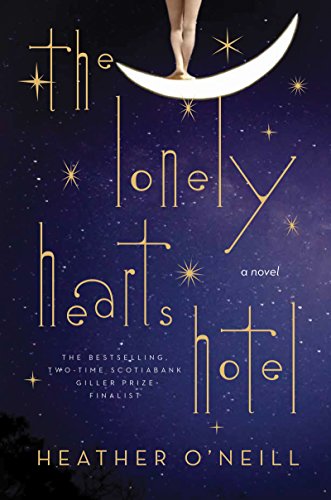 From the two-time Giller Prize shortlisted author, a dazzling circus of a novel set in the seductive underside of Montreal and New York between the wars

Two babies are abandoned in a Montreal orphanage in the winter of 1910. One is a girl named Rose; the other, a boy named Pierrot. Each display rare gifts that bring them adoration and hatred. As they are made to travel around the city performing clown routines to raise funds for the orphanage, they make plans for a sensational future. They are separated as teenagers and sent off to work as menial servants, but both soon find themselves escaping into the criminal world, participating in the vicious and absurd and perverted underbelly of Montreal and New York City between the wars. They search for each other, and one night, under the snowflakes, they reunite, and the underworld will never look quite the same. With all the storytelling skill and magical language for which she is known, Heather O’Neill dazzles us with a new tale of motherless gangsters, drug addicted pianists, radicalized chorus girls and a city whose economy hinges on the price of a kiss.