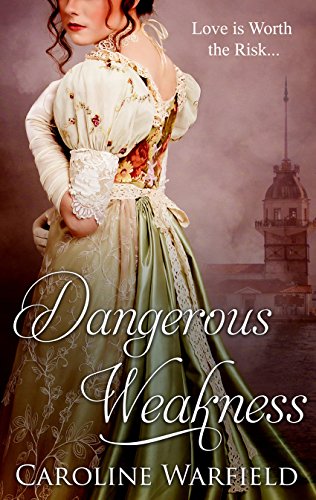 If women were as easily managed as the affairs of state—or the recalcitrant Ottoman Empire—Richard Hayden, Marquess of Glenaire, would be a happier man. As it was, the creatures—one woman in particular—made hash of his well-laid plans and bedeviled him on all sides.

Lily Thornton came home from Saint Petersburg in pursuit of marriage. She wants a husband and a partner, not an overbearing, managing man. She may be “the least likely candidate to be Marchioness of Glenaire,” but her problems are her own to fix, even if those problems include both a Russian villain and an interfering Ottoman official.

Given enough facts, Richard can fix anything. But protecting that impossible woman is proving almost as hard as protecting his heart, especially when Lily’s problems bring her dangerously close to an Ottoman revolution. As Lily’s personal problems entangle with Richard’s professional ones, and she pits her will against his, he chases her across the pirate-infested Mediterranean. Will she discover surrender isn’t defeat? That it might even have its own sweet reward.