Price history for
Hitler's Berchtesgaden: A Guide to Third Reich Sites in the Berchtesgaden and Obersalzberg area 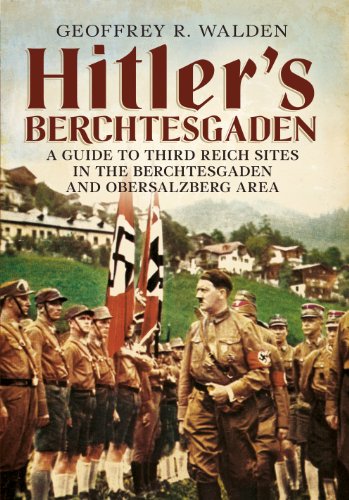 In 1925, Adolf Hitler chose a remote mountain area in the southeast corner of Germany as his home. Hitler settled in a small house on the Obersalzberg, a district overlooking the picturesque town of Berchtesgaden in the Bavarian Alps. After Hitler became Chancellor of Germany in 1933, the Obersalzberg area was transformed into the southern seat of power for the Nazi Party. Eventually the locale became a complex of houses, barracks, and command posts for the Nazi hierarchy, including the famous Eagle's Nest, and even the mountain itself was honeycombed with tunnels and air-raid shelters. A bombing attack at the end of World War Two damaged many of the buildings and some were later torn down, but several of the ruins remain today, hidden in the woods and overgrown. This guide book will help history-minded explorers find these largely-forgotten sites, both on the Obersalzberg and in Berchtesgaden and the surrounding area, with detailed directions for driving and walking tours.
Category Hierarchy