Price history for
Willie O'Ree: The story of the first black player in the NHL (Lorimer Recordbooks) 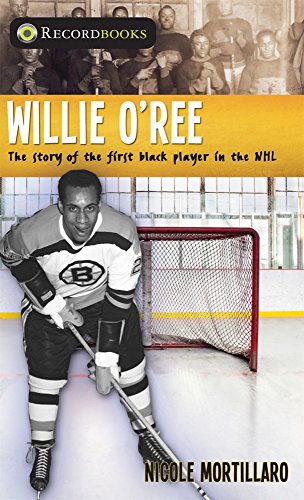 Willie O'Ree quietly made NHL history at the Montreal Forum on January 18, 1958, when he became the first black player to take to the ice. In the dressing room before the game, his Boston Bruins teammates told him not to worry. If any one of the Montreal players said anything to him, they'd have his back.
There was a round of applause when O'Ree stepped onto the ice, and newspapers ran the story. The colour barrier in the NHL had been broken, yet it would be sixteen years before the next black player, Mike Marson (also a Canadian), was drafted. Four decades later, the NHL pulled O'Ree out of retirement to honour his achievement and make him an ambassador for the NHL's "Hockey is for Everyone" program to encourage kids from all backgrounds to play hockey.
This new book by Nicole Mortillaro traces the early life of O'Ree in Fredericton, New Brunswick, his journey to the NHL, highlights from his hockey career, and his work encouraging diversity in the NHL.[Fry reading level - 4.9]
Category Hierarchy