Price history for
Hedy Lamarr: The Most Beautiful Woman in Film (Screen Classics) 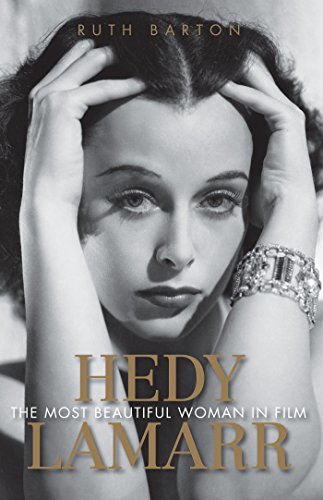 In Hedy Lamarr: The Most Beautiful Woman in Film, Ruth Barton explores the many facets of the screen legend, including her life as an inventor. Working with avant-garde composer and film scorer George Antheil, Lamarr helped to develop and patent spread spectrum technology, which is still used in mobile phone communication. However, despite her screen persona and scientific success, Lamarr's personal life caused quite a scandal. A string of failed marriages, a lawsuit against her publisher regarding her sensational autobiography, and shoplifting charges made her infamous beyond her celebrity.

Drawing on extensive research into both the recorded truths of Lamarr's life and the rumors that made her notorious, Barton recognizes Lamarr's contributions to both film and technology while revealing the controversial and conflicted woman underneath. Hedy Lamarr: The Most Beautiful Woman in Film illuminates the life of a classic Hollywood icon.