Price history for
The Hollywood Economist 2.0: The Hidden Financial Reality Behind the Movies 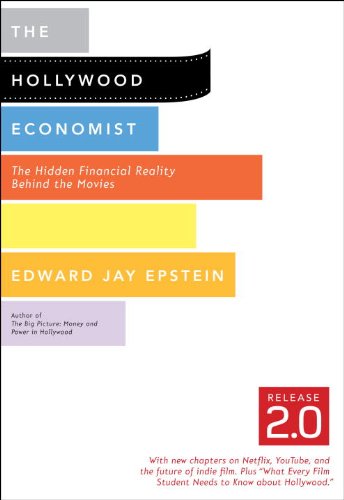 A fully revised edition of the popular guide to Hollywood finances, updated to reflect even newer films and trends

In a Freakonomics-meets-Hollywood saga, veteran investigative reporter Edward Jay Epstein goes undercover to explore Hollywood’s “invisible money machine,” probing the dazzlingly complicated finances behind the hits and flops, while he answers a surprisingly difficult question: How do the studiosmake their money?

+ How and why the studios harvest silver from old film prints ...

+ The future of Netflix: Why the “next big thing” now seems in such deep trouble...

+ What it costs to insure Nicole Kidman’s right knee…

+ How Hollywood manipulates Wall Street: including the story of the acquisition of MGM… wherein a consortium of banks and hedge funds lost some $5 billion… while Hollywood made millions.

+ Why Arnold Schwarzenegger is considered a contract genius…

+ The fate of serious fare: How HBO, AMC, and Showtime have found ways to make money offer adult drama, while the Hollywood studios prefer to cater to teen audiences.

+ Why Lara Croft: Tomb Raider is considered a “masterpiece” of financing ...