Price history for
The Adventures of Superman: The Complete First Season 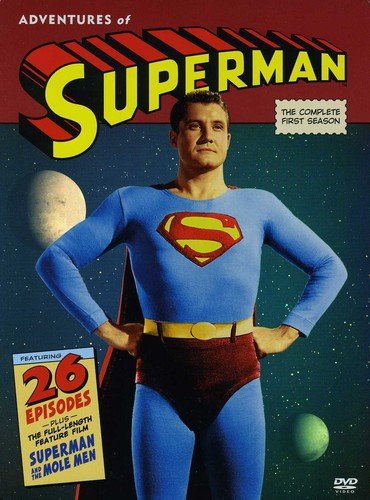 How long can you wait? Two days? Buy now. Two months? Track the price and see what happens.

The legendary Man of Steel assumes the secret identity of Clark Kent mild-mannered reporter for the Metropolis Daily Planet. And with powers and abilities far beyond those of mortal men he battles for truth and justice as Superman. The first ever Superman TV series! Originally aired in the 1950's it features George Reeves as Superman and enjoyed tremendous success during its broadcast. The TV series premise was established a year before its broadcast via the theatrical release of \"Superman and The Mole Men\" in 1951.Running Time: 667 min.System Requirements:Running Time: 662 Min.Format: DVD MOVIE Genre: TELEVISION/SERIES & SEQUELS Rating: NR UPC: 012569420021 Manufacturer No: 4200
Category Hierarchy