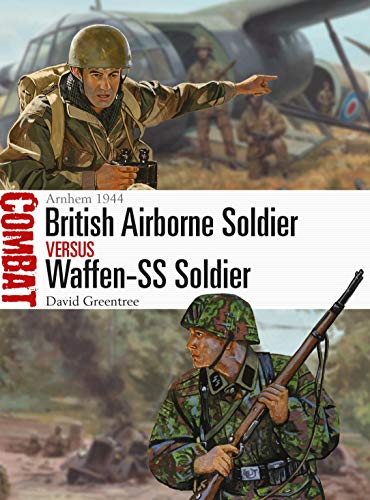 Buy this now. The current price is great. If you wait, the price may increase.

Operation Market Garden was an Allied plan to try and end the war before the end of 1944, and relied on landing airborne troops to secure bridges over the Rhine bridges in the Netherlands. Critical to this plan were the glider troops of Britain's 1st Airlanding Brigade. Short on heavy weapons and not trained in street fighting, the glider troops were meant to secure and defend the Allied perimeter around Arnhem as the parachute brigades fought their way into the city. Facing the airborne forces were understrength Waffen-SS units that were hastily formed into ad hoc battle groups, some supported by armor. The troops on both sides would have their tactical flexibility and powers of endurance tested to the limit in the bitter actions that ensued. Employing first-hand accounts and drawing upon the latest research, David Greentree tells the story of the glider troops' dogged defense of the Allied perimeter at Arnhem, and the Waffen-SS forces' efforts to overcome them.
Category Hierarchy